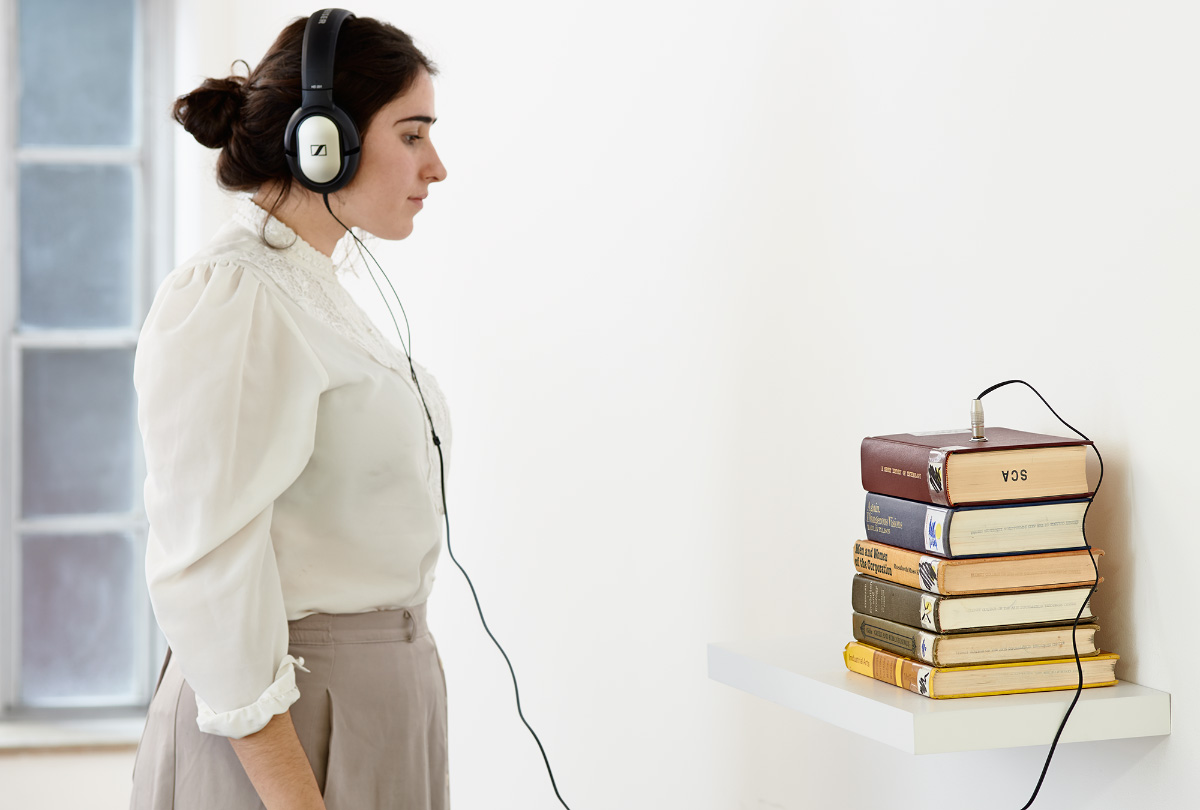 As the primary record of the accumulation of knowledge shifts from material (books) to non-material (virtual) forms, questions surrounding permanency, erasure, censorship and cultural amnesia inevitably arise. In this work I have sought to foreground this de-materialisation of knowledge while pointing towards an altogether more open play of historical references that compound the contemporary moment. Central to this operation was the composition of the featured soundwork; You have a smile that never reaches your eyes. This piece employed layering and granular synthesis techniques to samples of the sound of burning books taken from Francois Truffaut’s 1966 film Fahrenheit 451. The historical resonances of such sounds echo through some of the darkest chapters of 20th century history.

Ryszard Dabek is an artist and academic who has exhibited both nationally and internationally. His artistic practice encompasses a range of forms and mediums including video, film, photography and sound. Recent work includes the curatorial project Re:Cinema (Sydney, New York, 2013) and the solo exhibition Optimum Viewing Distance (I.C.A.N. Sydney 2012). In 2012 Dabek undertook a research residency at the National Film and Sound Archive towards the development of a new body of work based on archival footage of now demolished cinemas. He is a lecturer in the Film & Digital Art studio at Sydney College of the Arts, The University of Sydney.