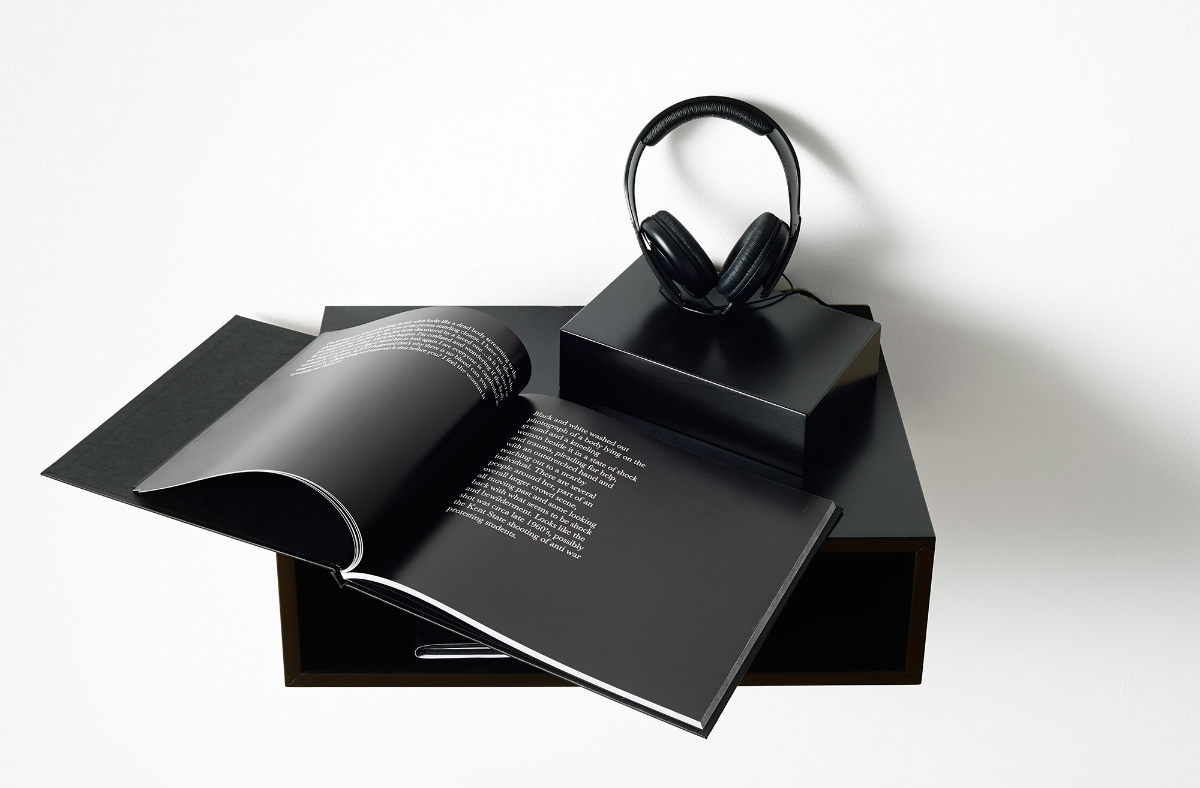 In the work twitch/phantom limb eighteen writers were asked to describe photographs drawn from a litany of man-made disasters including crimes of war, famine and environmental destruction.

Framed within the presentation of a book, absent of images with only their written descriptions, the reader, like the writer, enters the internal imagination of an emotionally charged and potentially annihilatory encounter of witnessing abject suffering. This experience of focused interiority is counterposed with a soundtrack constructed with the bird calls of the Loon whose plaintive cry is evocative of mourning. The accompanying dimension of sound activates a form of visceral knowledge, assisting in the understanding of certain felt ‘truths’, challenging the primacy of visual evidence in the retelling of traumatic events. Sound’s capacity for a spatial and temporal manoeuvring away from a fixed site from which the reader can avert the horror makes the work operate as a non-locatable disturbance, whose relations between proximity and ethical action are the subject of speculation. Equally, the dissonance created by having an image of such disturbing content described and not seen contributes to a psychic effect that is not unlike the sensation of a phantom limb; a phenomenology of the haunted.

Bronia Iwanczak works predominantly with photography and video. Her work has centered around the unmaking and making of ‘worlds’ be it through war, ideological conflict or environmental degradation. Intersecting sub themes in her work have included social revolution, spiritual imagination, the politics of religion, ritual performance, the consciousness of objects and technology. Since 2006 she has been the director of Openletter, an ongoing curatorial program for the presentation of artist books and text multiples.