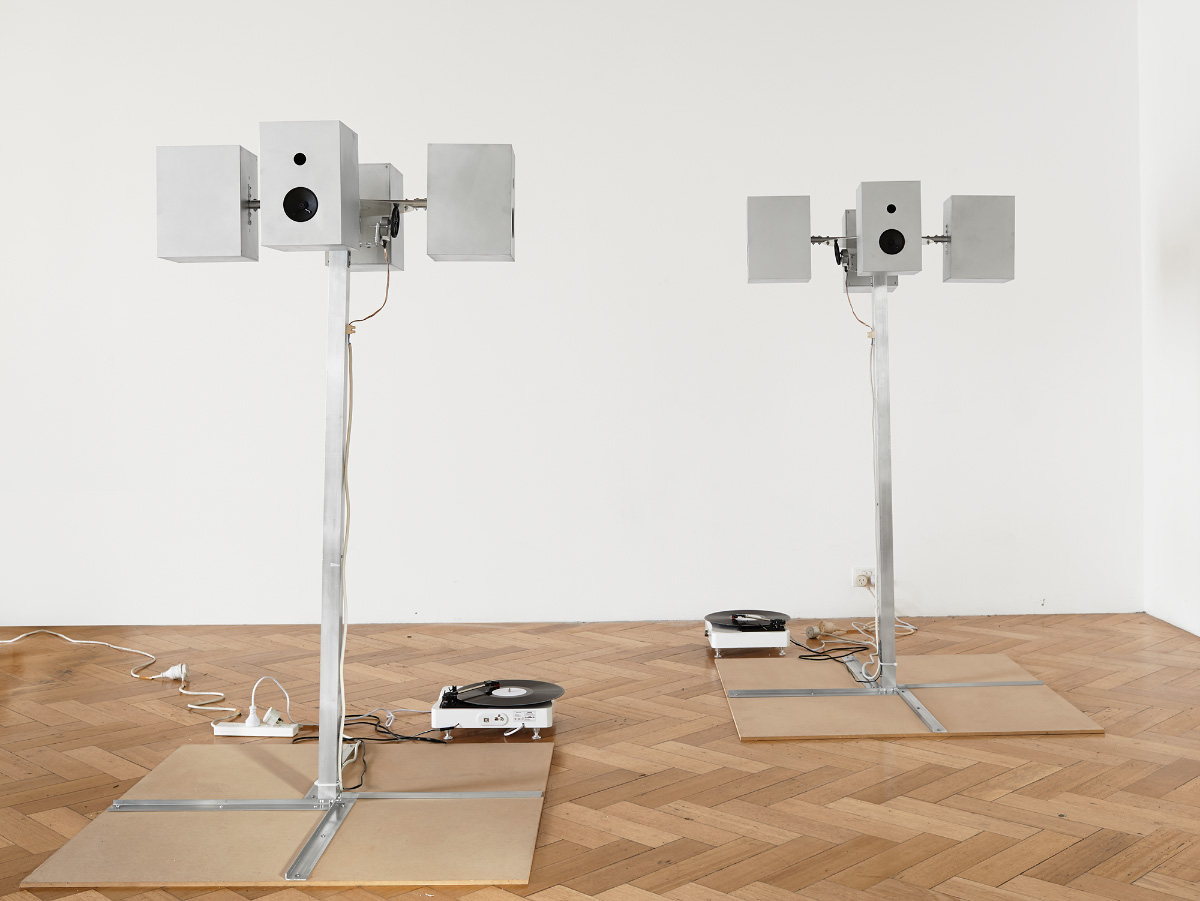 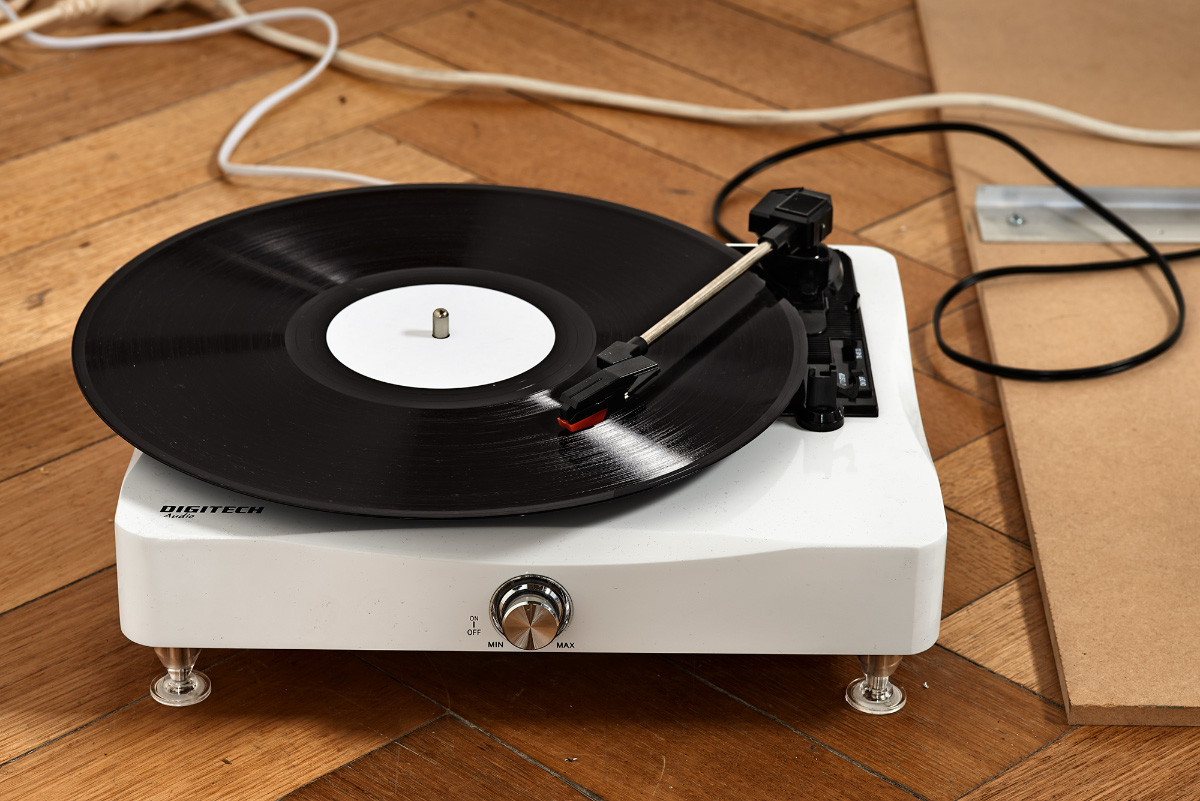 Alex Gawronski, Standards, 2013
aluminium, perspex, speakers, motors, hand-cut records, record players
Dimensions variable, Photogrpahy by Matthew Stanton
In the Twentieth Century, Politics assumed a central place on the cultural stage. Politics and Modernity were linked by their conjoined belief in the immanence of alternative futures. In the West today, politics has assumed a less forceful, more managerial and administrative role as something of the background noise of contemporary life.

The audio aspect of the work Standards, comprises, on the one hand, anonymous edited speeches of world dictators (SIDE A – MASTERS) and on the other, equally anonymous speeches by proponents of a vision of ‘democracy’ based on unregulated accumulation (SIDE B – DEALERS). Here however, the speeches of these leaders have been re-interpreted by women, all of them artists, in an attempt to undermine the inherent hyperbole of the originals. The aggressive fanfare and drum roll implicit to the declarations of world leaders, is now muted to conjure instead the more ambiguous terrains of fiction and fantasy. Speeches that once demanded unflagging attention have thus been rendered the ‘easy listening’, the merely lingering backing track, of a contemporary era where political belief is almost always wholly dissimulated: believers believe in the absence of genuine conviction.

The meaning of the title Standards is manifold; it could refer to the upright machines that disseminate the speeches via rotating speakers and which stand like heraldic sentinels on either side of the stereo units from which they emanate; it could indicate prior models, in this case political models, considered to be exemplary, that have exerted, and continue to exert, a particular influence on the course of history; in an audio context, it could also refer to classic recordings variously reinterpreted over time due to their persistent popularity. As for the speeches themselves, they could be regarded as an unfortunate ‘hit parade’ of Twentieth Century political aspiration. Against a contemporary soundtrack of diminishing horizons, the current re-interpretation of these ‘hits’ aims at thoroughly altering their sound.

Alex Gawronski is an artist, writer and academic based in Sydney. Alongside numerous group exhibitions, Gawronski has held solo exhibitions at Artspace, The Art Gallery of NSW, Performance Space, UTS Art Gallery, Peloton, 55 Sydenham Rd, the Institute of Contemporary Art Newtown (ICAN), Scott Donovan Gallery, Sydney; the Australian Experimental Art Foundation, Adelaide; Death be Kind, 200 Gertrude St, Melbourne; The Physics Room, Christchurch, NZ and the British School at Rome, Italy. Gawronski also has a long-standing history as co-founding director of a number of independent artist initiatives. At present he is co-founding director of the Institute of Contemporary Art Newtown (ICAN). Gawronski publishes widely and currently lectures in Painting at Sydney College of the Arts.