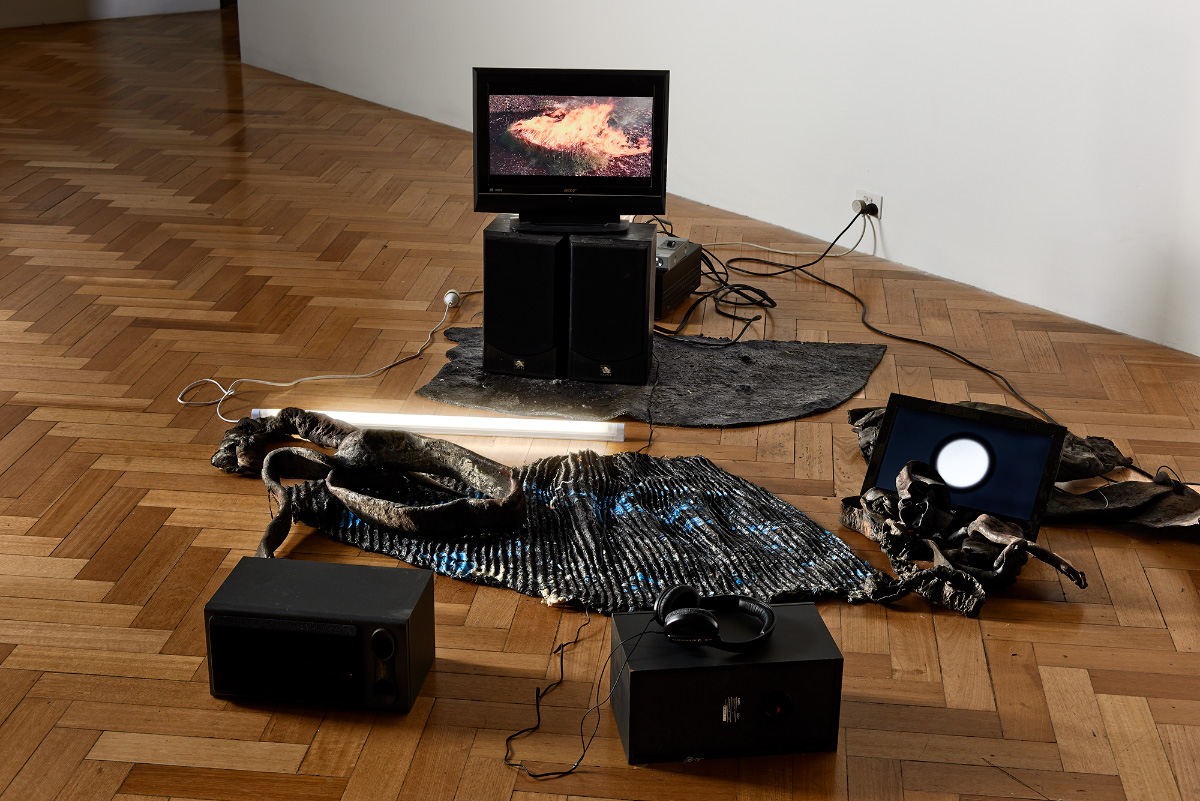 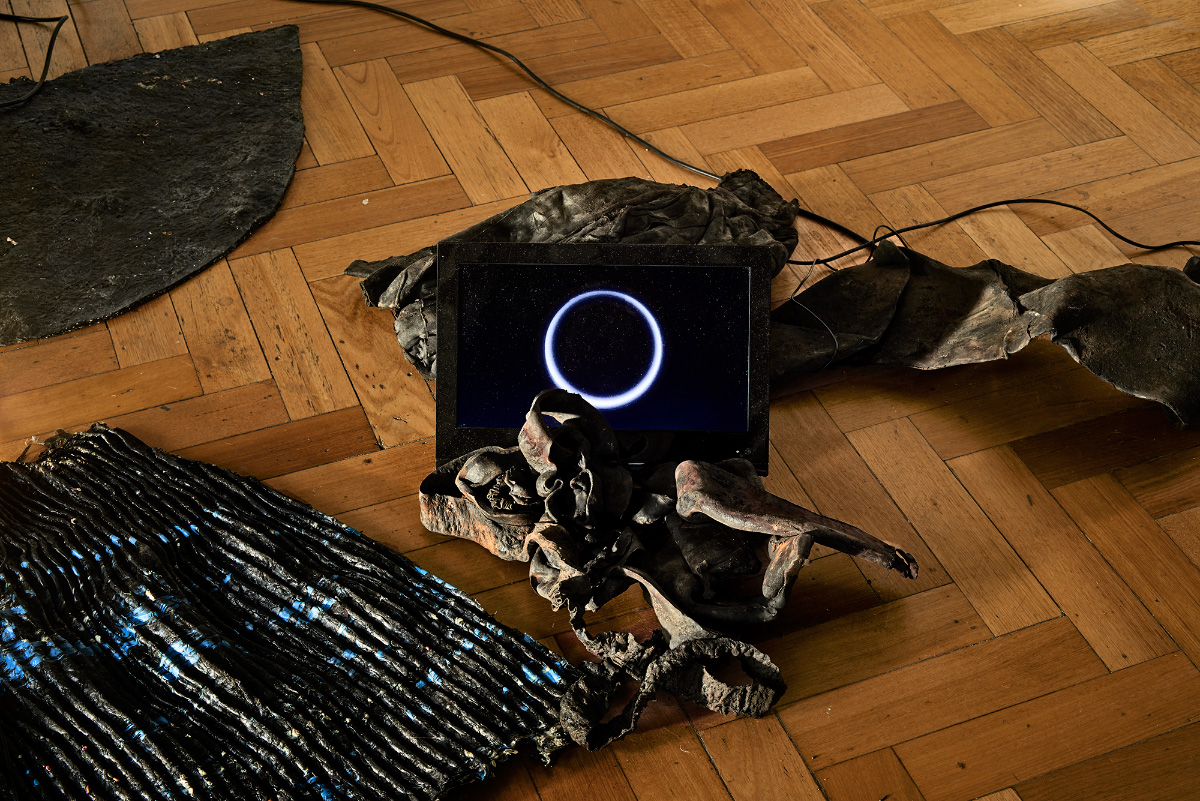 Sun slave is a recollection of the future. Inspired from Simone Weil’s essay ‘Decreation,’ on the concept of the role of death in producing life, this work feels its way through the wasteland of our dispossesion of the natural world. I lie in a grass circle in the Western Desert, a discarded blanket for a cloak. In desert ecology fire reignites the seeds that lie in wait. I read aloud the story of Maria. Abandoned to madness by her husband, divorced from her child, she is dead to society, a burden, an archetype of uselessness. A landscape of reclaimed rubber is the setting for the video of this short performance. Like Maria the material scene is the substance of excess, but which must be used somehow, expended so that production and its surplus might liberate instead of making more refuse. The shadow of a dead star passes across the expiring sun, however fearful, this moment is a state of change and not an ending. The woman, the fire and the eclipse have this in common: a future born of loss and destruction.

Lily Hibberd employs memory and storytelling in interpreting significant historical events and sites. Related projects include ‘Les Aimants’ (2013), ‘Coup de Soleil’ for ‘Build me a city’ at AEAF, ‘The Phone Booth Project’ Western Desert collaboration with Curtis Taylor for ‘We don’t need a map’ at Fremantle Arts Centre (2012), and ‘Benevolent Asylum: just for fun’ with WART for Performance Space’s WALK (2011). Lily is actively involved in producing and supporting critical art writing, and is founding editor of the independent contemporary art journal un Magazine. She holds a PhD in Fine Art and is represented by Galerie de Roussan, Paris.